Impesa is an innovator of B2B and retail financial technology solutions, and creators of Monibyte® — a revolutionary SaaS FinTech platform and winner of "Best Innovation in Retail and Commercial Banking" from International Banker. 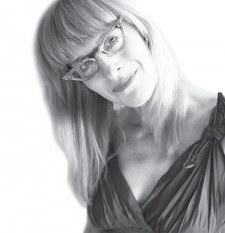 SAN JOSÉ, COSTA RICA, November 3, 2016 (Newswire.com) - IMPESA®, developers of Monibyte®, an innovative SaaS solution for corporate payment methods, and first in a suite of FinTech applications, announces that kHyal has been named Chief Marketing Officer as part of an ongoing commitment to their strategic global expansion plan.

Mario Hernández, Impesa’s founder, Chairman and CEO explained that bringing kHyal on as CMO is part of a focused plan to develop and unify the company’s brand voice and market reach, while launching new and existing products across international channels.

“We couldn't be happier with kHyal joining our team. kHyal brings amazing experience and an outstanding track record to the company; and in a very short time she has become a key member of our team. When building a global company, you need to bring world class people on board, and kHyal is definitely world class. I am sure she will lead our marketing, communications and public relations strategies beyond our expectations,” Hernandez said.

Cliff Wildes, IMPESA’s Chief Strategy Officer, noted, “I have worked with kHyal for over 25 years. First, at Microtech International, Inc. where I was CEO and founder, and she spearheaded marketing initiatives as Creative Director, and later, when we became cofounders and partners at SunStar Interactive. I have never met a more creative and talented individual. Her role as Chief Marketing Officer is essential to the growth and success of the company.”

With extensive experience working with national and international brands, corporations and agencies in the US, UK, Canada, Argentina, Germany and Costa Rica, kHyal’s background traverses technology, healthcare, education/digital publishing, finance, non-profit and consumer product verticals with an emphasis on software and hardware development.

Active in industry associations, kHyal has co-chaired the Fundraising Committee of Volunteer Lawyers for the Arts, Los Angeles; and was a member of the Connecticut Technology Council’s Vice President of Marketing Forum. She has been a juror for the London Interactive Advertising Awards; a judge for Hasbro’s Project Upcycle Design Awards; served as Communications Chair for the American Institute of Graphic Arts (AIGA) Brand Central Chapter, and was on the advisory board of GraphicDesign.com.

kHyal majored in Mass Communications at Emerson College in addition to studies at The School of the Museum of Fine Arts, Boston; The Art Institute of Boston; Boston Film and Video Foundation; Loyola Law School; Kodak’s Center for Creative Imaging and FIT.

Founded in Costa Rica in 2013, IMPESA is an innovator of electronic payment solutions, licensed with VISA®and MasterCard®, and compliant with all government banking and card issuer regulations. The company has developed technologies such as card integration with satellite positioning systems (GPS) for large local and multinational distribution companies that use the software to manage their fleets. These technologies are included in IMPESA’s revolutionary flagship SaaS platform, Monibyte. Developed completely in-house by a dedicated team of engineers and programmers, the software has processed millions of transactions with major international corporate clients since launching in 2014, and will expand into US markets in Q4 2016. For banks, Monibyte is an unprecedented addition to their commercial credit card portfolios, and mitigates credit card fraud, potentially saving millions. For companies that are corporate customers of banks that offer Monibyte, it is an invaluable tool that allows 100% control of how every credit or debit card within the organization can be used. From sums of money, to type of currency, days of the week, time of day, geographic location and specific merchant; parameters can be changed instantly from the easy-to-use, web-based interface or smart phone app, without having to contact the bank. Monibyte integrates with most major ERPs, saving time and money on accounting tasks.

IMPESA’s Founder, Chairman and CEO, Mario Hernández, is a known expert in the field of electronic payment innovation. He was honored with International Banker’s Best Innovation in Retail and Commercial Banking award in 2015, interviewed at The London Stock Exchange, and a featured speaker and panelist at the Mobile Payments Latin America Summit in 2016.

Get notified about new releases.